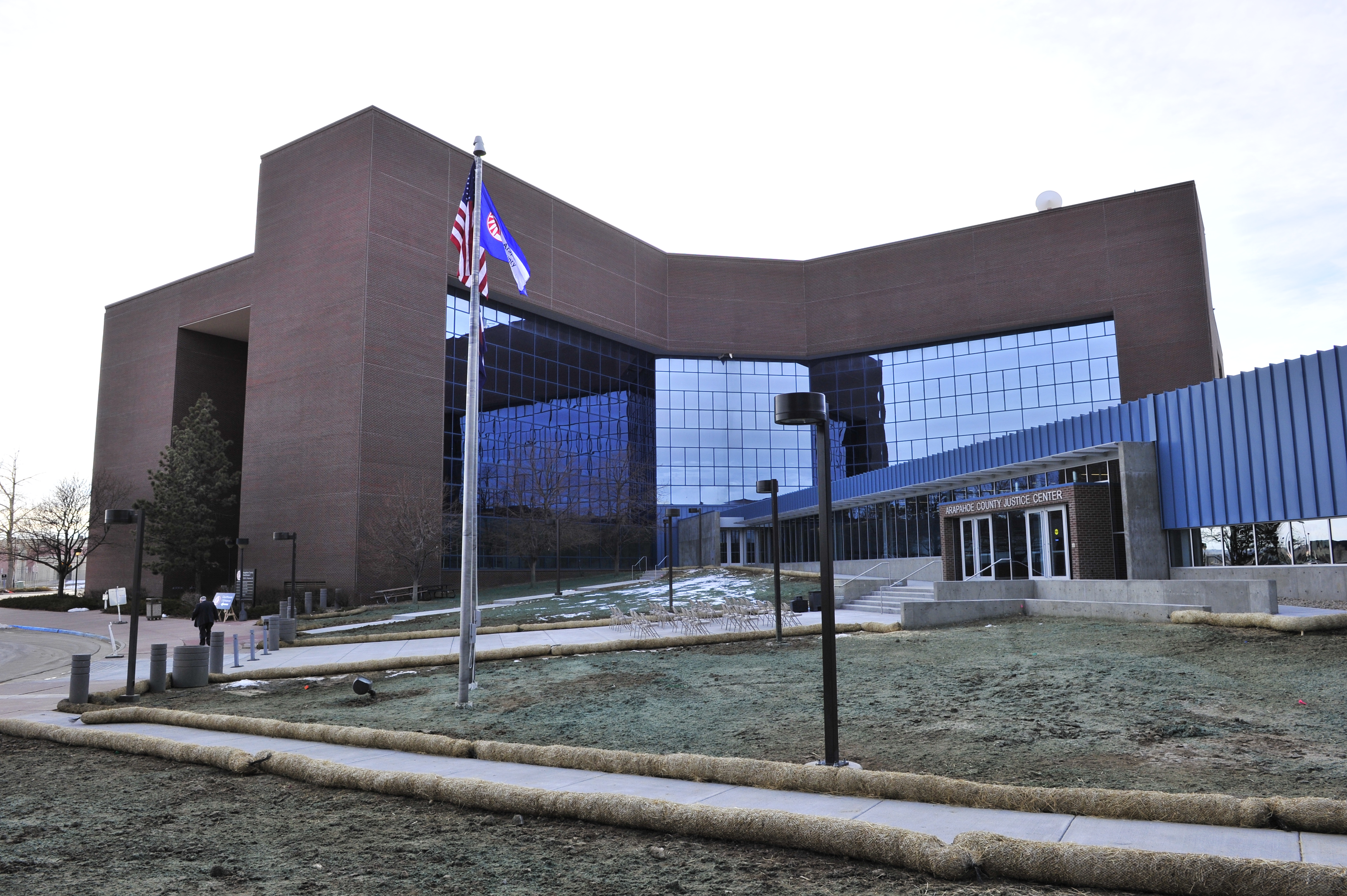 Arapahoe County Justice Center Complex is at its limit

The Arapahoe County Justice Center, located in the 7300 block of South Potomac Street in Centennial, consists of two large buildings containing county and district courts including judges’ chambers and related services including probation, court clerks, jury services and interpreters. The Arapahoe County Jail is next door. These buildings were all built in 1986, when the population of the county was 325,000. Today it has doubled to 650,000 and is projected to be 800,000 in 20 years.

In addition to handling double the projected caseload due to the increased population, the courts lack the many categories of security technology that has been developed in the decades since the Justice Center was built.

The jail was built to house 386 inmates. Today, it houses 1,100. According to Arapahoe County Commissioner Nancy Sharpe, although additions to the building have been constructed through the years, that fact does not paint a true picture of the actual condition. Originally designed for one inmate per cell, today there are three inmates per cell, leading to significant safety concerns for prisoners. The jail’s kitchen, laundry and medical facilities have not been expanded as the number of inmates has grown because those facilities are in the center of the building, where it isn’t physically possible to add additional space.

One part of the jail is the county booking and release center. Every police department in Arapahoe County brings its prisoners there after an arrest. Designed to hold 29 inmates, today it is common for 80 people to be held there at any one time. The crowded condition results in long processing delays for police officers who bring in those they’ve just arrested, keeping the officers from returning to their patrol duties. It also causes challenges for keeping men and women separated and isolating those with mental or behavioral problems or impaired by drugs and alcohol. The crowded conditions throughout the jail have also led to increasing assaults on jail staff, which more than doubled between 2016 and 2018.

As we have become more focused on the role of mental illness in criminal behavior, Arapahoe County Jail administrators have instituted procedures to assess the inmate population. They have determined that about 40 percent of the jail’s population at any point in time is experiencing a behavioral health issue. That equates to 440 inmates, based on today’s population. The jail has only 20 cells available to address severe mental health and medical issues and is unable to build more due to the building’s design.

To address overcrowding and consistent with current beliefs about incarceration, Arapahoe County has actively sought to keep non-violent offenders out of jail through closely supervised home detention and work release programs, resulting in a 13 percent decrease in the jail population since 2009.

According to a 2017 memorandum from the staff of the Colorado Legislative Council, most county jail inmates are either awaiting trial or serving sentences of no more than one year. Thus, it is crucial to provide inmates with services that will help them be successful in their lives when they are released. Those include group therapy, life skills classes, substance abuse recovery, academic training to attain a GED, and support services to re-enter society. There is not nearly enough room in the Arapahoe County Jail to provide these much-needed services that have been proven to reduce recidivism.

The Arapahoe County Board of Commissioners is carefully assessing its next steps to address these needs. It is focused on getting a broad range of community input before making any decisions. On May1 commissioners announced the formation of a 25-person advisory task force called the Long Range Planning Committee “to help guide the Board as it makes decisions regarding future county needs.” In addition to the justice center, the task force will review the county’s transportation needs.

The group, chosen by consensus of all the commissioners, is comprised of business leaders, residents and nonprofit representatives. The list of names, available on the county’s website, includes three former mayors, a former county sheriff, and the executive vice president of a large economic development agency. Berrick Abramson, senior policy director with the Keystone Policy Center in Keystone, Colorado is coordinating the task force on behalf of the county. They will meet six times over the next three months to assess the county’s needs. They will review a justice center facility master plan developed to guide the conversation about the justice complex. It is a four-phase proposal with a total expected cost of around $400 million to rebuild the jail and the same amount to rebuild the courthouse and district attorney’s facilities. These projects could not be funded from the regular operating budget, hence would require a countywide vote to be done.

Sharpe emphasized that no decisions have been made and no timetable set, except to get community input through the task force and any other interested parties, who are invited to email comments to together@arapahoegov.com.

She said, “Over the last few years the county has looked at how to best meet its residents needs while being fiscally responsible. We have made multiple process improvements within all departments and programs, focusing on what is being done that is mandated and what is optional. We have used surveys to see what services are important to people and worked with cities and local economic development organizations to support the projects they have deemed most important. We look forward to receiving the recommendations of the advisory task force.”